SCFA’s are produced when dietary fibres are fermented in the colon. SCFA’s have diverse physiological roles and functions in the body. One specific SCFA, butyric acid is important for the colon as it is the primary energy source of colonic cells and linked to its normal function. Additionally, SCFA’s act as a link between the microbiota and the immune system by modulating difference aspect of immune cell development, survival and activation. [Link]

To study the SCFA potential, fermentation trials designed to understand the digestion and fermentability of Kfibre were carried out by the University of QLD.

When compared with barley, rye and wheat, Kfibre produced much higher proportions of the SCFA butyric acid (Comino, Williams, & Gidley, 2018).

Invitro fermentation characteristics of Kfibre suggest the potential for nutritional benefits. The relative insensitivity of fermentation outcomes to particle size and the uniform fermentation rate of Kfibre are presumably conferred by its intrinsic polymeric and cellular microstructure, with potential implications for calorific availability, satiety, glucose metabolism, and transit rates along the gastrointestinal tract.

The table below is an extract of the data of SCF1, SCF2, SCF3 (Kfibre) from the University of Queensland study (Comino, Williams, & Gidley, 2018). 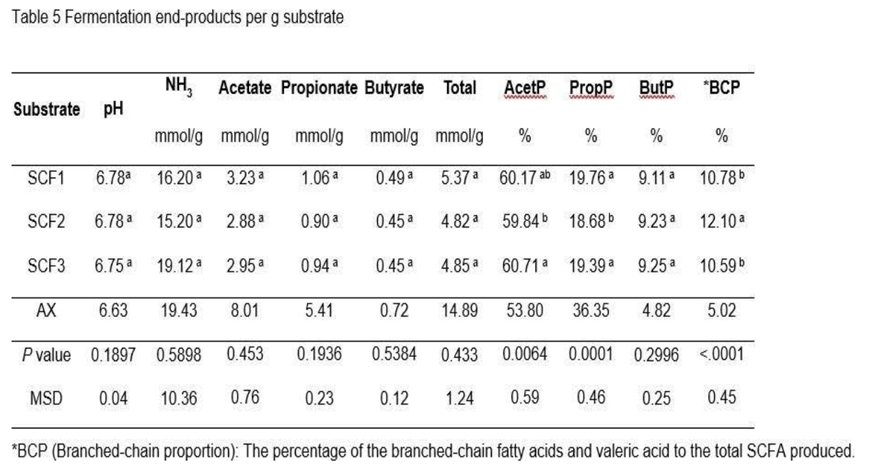 This study reveals that the Kfibre was fermented at a more uniform rate and produced much higher proportions of butyric acid compared to the standard (Arabinoxylan), which is associated with reduced inflammation, weight loss, and is noted as a promising therapy for IBD.

1. The Gut: Where Bacteria and Immune System Meet

2. The role of gut microbiota in immune homeostasis and autoimmunity

3. Why gut bacteria are essential for a healthy immune system

4. Immunity in the Gut

4. The amazing influence of gut microbes in our immune system

Ready to change your Gut Health?